How Many People Live In Orlando Florida 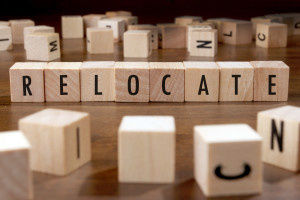 “The City Beautiful,” is just one of the many names Orlando, FL (or O-town) goes by. However, the city has been deemed the theme park capital (of the world). It has the gorgeous Lake Eola fountain which the city is synonymous with (both for its locals, Floridians, and visitors alike), and who could forget the Orlando Magic (for sports fans out there)?

Whether you choose to live in the area for work or play, whether you are a tourist or a visitor, Orlando, or O-Town, has something for everyone. But, for those who are considering making a move to the area, there are some numbers which should be taken into consideration. Namely the total number of inhabitants living in the area, as well as the surrounding metropolitan area. If you are an individual who likes the “small towns,” countryside, or quiet areas to call home, Orlando might not be the premier destination to consider moving to. On the flip side, for those who like the action, enjoy busy crowds, a bustling downtown, and of course theme parks and summertime fun, then there’s no going wrong if you choose to make this popular FL city your new home.

In terms of the metropolitan area (Central FL, Orlando, and surrounding cities), it is an area which has just over 2.3 million residents (a total of 2,387, 138 according to the last US Census which was conducted in 2016). This makes it the 24th largest metropolitan in the US, and the 6th largest in the SE region of the US. And, as for the actual city of Orlando, there are roughly 271,000 inhabitants (in the city-proper, as of 2015). Of course, you have to account for an additional 62 million visitors (2014 figures) and tourists coming to the city annually, from the US and from around the world.

Whether you want to live in the city or surrounding areas, it is a major city in FL and one of the largest US cities and considered one of the major metropolitan areas in the US.