What To Expect When Moving to Florida

Moving to Florida and not sure what to expect? Well, it’s “a whole new world” as the song goes, especially if you’re coming from another state. Florida will surely turn your world inside and out, and will make you wonder why you haven’t thought about moving there earlier in the first place?

Here are some of the things to look forward when moving to the one and only Sunshine State:

Yes, you read that right. In Florida, you don’t have to pay estate, inheritance, and state income taxes. If you’re living on a fixed income, this can translate to huge savings.

Florida is basically surrounded by water. You have the Gulf of Mexico on one side, and the Atlantic Ocean on the other. Also throw into the mix the countless lakes, rivers, canals, and other bodies of water that are located inside the state itself.

Better get your suntan, goggles, swimsuits or swimming trunks ready. When you’re in

Florida, you’re going to do a LOT of swimming. There’s a huge chance that you’d spend a lot of time lounging on the state’s numerous beaches. Or if you’re not a beach person, you might want to go fishing, canoeing, or boating instead. There are also numerous hidden springs (almost 900 freshwater springs, to be exact) with beautiful underwater caves that you can go snorkel in.

Yes, it’s the moniker is the Sunshine State, but it’s not always sunny in Florida. From time to time, you’ll get crazy hurricane attacks too. The state is not the nation’s lightning capital for nothing.

However, Florida is possibly one of the best states to live in if you want to enjoy the pleasantest weather that you can experience in this country. There is absolutely no concept of cold here. In January, average temperatures hover around the mid-70s, while in July it can reach up to the mid-90s.

Florida is huge, that’s for sure. Drive for more than five hours, and you’ll still be inside the state (Orlando to Miami Beach is a four-hour drive, for example). 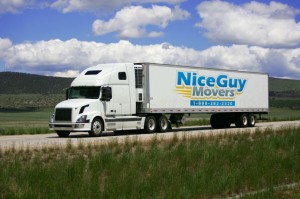 Florida has a wide variety of sights, from the urban to the rural, so that you’ll be able to drive for a few hours and feel like you’re in another place. You can do a weekend getaway without leaving the state.

Fan of great-tasting beers? Well, fret not. Tampa’s Cigar City Brewery is a favorite among craft beer enthusiasts. Jai Alai India Pale Ale, Cubano-Style Espresso Brown Ale- these are just some of the beers that you’ll be able to enjoy when you’re here.

In Miami (in particular, Joe’s Stone Crab), you’ll find the country’s best stone crabs. For fruit, you can’t go wrong with oranges. As the state’s official fruit, the oranges in Florida are among the best and tastiest in the world.