Pros and Cons of Moving In Winter 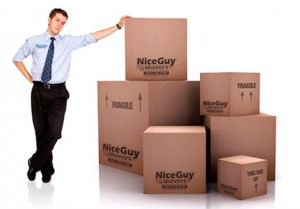 So, you’ve just discovered that you need to move, and you want to start planning the process now, which includes finding dependable Orlando movers. Even with a million things to consider and many questions that need answering before you call your move successful, it’s important to start from the beginning. For most people, the first question they ask themselves is when they should move.

Not everybody has the opportunity to choose the time of year they move, but if you do have the option, it’s important to think about some important factors. These factors will probably lead you to the conclusion that a wintertime move is the best time to tackle the project. Moving during the winter time does have its advantages, which is why so many people choose this time of year to move. However, moving in the winter has its downfalls as well. Below are some of the pros and cons that come with moving in the winter months.

• Dependable Orlando movers can easily accommodate moves in the winter time because it is the off-peak seasons for moving. This means the movers aren’t as booked as they are during the summer and spring. Moving companies will also have plenty of Orlando moving kits available to assist with the move

• The cost of a move is generally cheaper in the winter months because moving companies aren’t as busy. In most cases, this is the low season. This means moving quotes are lower.

• The weather can be extremely harsh in the winter months, especially if you have to travel in the northern part of the United States. Major snowstorms and blizzards could impede your move schedule, and you can experience other problems due to freezing temperatures.

• Cold temperatures might damage some of your sensitive belongings and electronics. This means that you need special packaging materials to keep them safe.

• Hiring an experienced moving company is important when you think about the weather they might be driving in. Don’t forget to buy insurance, which is an added expense.

As you can tell, there are both pros and cons to moving during the winter time. Be sure to consider all of your options so that you have a successful move regardless of when you choose to make it happen.