Advice To Anyone Who’s New in Orlando

Moving to a place people love to visit for vacation is an exciting experience. Orlando,

Florida, and the Central Florida area for that matter, is growing to be much more than only a tourist destination. To properly prepare for a move, it takes time and effort to research the area and figure out expectations.

Here are a few pieces of advice to anyone new to Orlando. There is a lot to see and do in the area, but preparation beforehand goes a long way.

Orlando is a very spread out metropolitan area. Instead of building up with skyscrapers and a traditional city center like most cities, Orlando used its vast land to build out. That means travelling from areas such as Oviedo down to the attractions can take well over an hour during busy times. That’s a two-hour roundtrip in a car, likely with hefty toll bill as well.

Before renting a place or buying a home, figure out your work’s location. It will save a lot 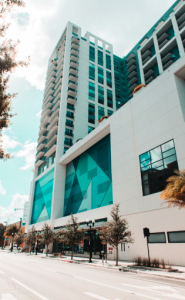 of time and prevent a lot of headaches to live somewhat close to work. Traffic is difficult to navigate just like any big city, and the rapid growth is only making Orlando more of a challenge.

Some people are fortunate enough to move down to Orlando with a job. For those who are looking, understanding the job market is essential. As one might expect, the service industry is always booming thanks to all the tourists visiting the area.

Finding a job isn’t that difficult, as long as a person is willing to work in the service or entertainment industry. Disney and Universal are always hiring, but it might not always be what a person wants.

Orlando is growing beyond tourism as well. Their growing tech and startup scene is bringing highly skilled and educated people to the area. As the city continues to evolve, the job industry will continue to diversify.

Prepare for the weather

A good amount of people moving to Orlando are also moving to the state of Florida for the first time. It’s a bit different living in Florida the entire year instead of just visiting for a week. It’s a big change for a lot of people from a weather perspective.

In the summer, humidity almost always hovers around 100%. There are afternoon showers more often than not, and it can feel miserably warm at any hour of the day. It makes it difficult to schedule anything outside during the summer months.

By around October of each year, things start to cool down a bit. Cooling down in Orlando still means high temperatures in the 80s, but the chance of rain significantly decreases. By the end of the year, there might be a few chilly days, but the temperature rarely goes below freezing at any point.

This milder weather lasts until around April. This is when the heat starts to turn up, humidity increases, and the summer months begin again. There are two distinct seasons in Orlando, and those from the north notice the distinct change. There is something to be said for having the ability to go outside every day of the year. The humidity and lack of seasons frustrate some newcomers, making them feel like they lose track of time.

Have an open mind

Just like with any move, be sure to have an open mind. There are bound to be many great things in Orlando, as well as some frustrating changes. No place is perfect, but Orlando is one of the easier cities to fully embrace. Just be ready for a bit of a change, because there truly is no place like Orlando in the country.