Facts About Relocation That You Did Not Know

Moving, again? Getting your boxes packed and choosing the right order to keep your 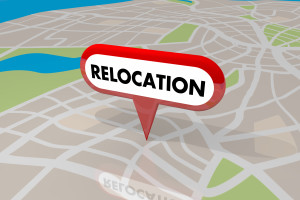 clothing in the suitcase to make items easier to hang up once you’re in your new home, are just a few of the many things on your mind. But, there are several interesting facts about moving, you’re probably not aware of. For example, the average number of times people move in their lifetimes, did you know it’s about 12 times? Apart from the fact that we move frequently, these are a few additional, interesting facts, that others who are packing their bags (alongside with you) probably don’t know!

– In 2016, about 6.6 million women moved to new homes/cities for relocation

– Individuals aged 18 to 34 are the biggest movers. And, within that age bracket, 25 to 29 year olds are the largest group.

– About 35% of college grads don’t live in their home state.

– In 2018, it was figured that approximately 43 million Americans move annually, which is about 17% of the population.

– What’s more stressful than moving? Only two life events topped the list, which were divorce and death (fun company!)

– Approximately 46% of all moves are work-related/relocation, making this the most common reason for people to pack up and move.

– 4% of the moving population in the US, are coming in from abroad

– When choosing where to relocate, climate is one of the most important factors that top the list of movers concerns/requirements

– Those who are most likely to hire a moving company are individuals (not families).

– The most common item being packed and moved are household goods

Regardless of the reason for your move, you can easily see that you are not on your own. Whether you choose to hire a mover or elicit the help of some friends and family, these are some stats you can take along with you, the next time you’re packing up and making the transition to a new home, apartment, or condo.