Moving on a Hot Day – What You Need to Know 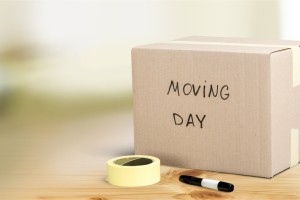 Are you planning to move anytime soon? Are you wondering what is the best time to move? Here’s a simple answer; in North America, most people move during summer. With Orlando falling within the tropics, it generally has great weather throughout the year characterized by less harsh winters and hot and humid summers.

Summer is the best time to move because Orlando has dependable weather and long bright summer days. Summer here is also characterized by occasional showers and storms, though they come and go quickly. They also dry out fast such that you will not notice that it had rained a few hours later.

Moreover, moving during summer has less impact on kids’ schedules and routines because they are on summer vacation. This gives you enough time to get the kids settled and prepare them to attend a new school. On the flip side, Orlando’s hot and humid summer day weather can wreak havoc on you during the move. As such you should take the following precautions.

Protect yourself from the heat

Avoid moving during the hottest hours of the day, i.e. between 11 AM to 4 PM. Move early in the morning or during the evening hours which are much cooler. Moreover, take lots of water, light snacks, and other hydrating drinks to keep you hydrated because moving means a lot of physical activity.

Moving is not easy; it involves a lot of packing, unpacking, carrying, and hoisting heavy loads. This can be overwhelming. Moreover, there is a high risk of damaging your items if they are not handled carefully. Hiring professionals will not only make moving easier but the fact that the movers are insured will also give you a peace of mind.

Get your kids and pets out of the way

With a house full of movers, boxes, moving equipment, and doors open all the time, the house suddenly becomes a health hazard to your kids and pets. As such, arrange to have them stay with a friend or relative during the move.

Avoid moving during the weekends

One last thing you should consider is to make the moving arrangements early enough to reduce unwelcome surprises on the day.