Moving to Winter Park Florida – What You Need to Know 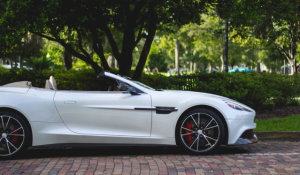 Park? Well that’s the question we have an answer to!

Formerly a winter resort for business magnates, Winter Park became a legitimate city with many parks, museums and art festivals. After all, it’s not for nothing that its motto is: “city of culture and heritage.” It’s located near Orlando, Florida, and has been named the best Suburb to live in the Orlando area! Cobblestone streets, a lot of green surface and plenty or cultural and artistic events create a charm for this small city not many are capable to resist.

Is it all so ideal? Nothing ever is.

The housing prices for example. On average, buying a house in Winter Park is a lot more expensive than in the rest of the U.S. Also, price of rent is pretty steep, so you should certainly consider that before moving.

There’s plenty of job opportunities to be found, however, mainly in healthcare, technology, sales, skill trades and construction. The city can boast a remarkable 4% unemployment rate, so you can be almost certain to find a job there, if you haven’t already.

Winter park has a fairly young and culturally diverse population, with many new families coming in. It’s not a surprise, since the city has a respectable school system, over 70 parks (that’s right, 70!) and a peaceful yet vibrant atmosphere. There aren’t many cities in the U.S. better suited for raising a family.

Let’s say you’ve moved, settled in and can finally relax. What exactly is there to do in Winter Park?

The city is bustling with many family-friendly activities. For example, starting in October, there is the Winter Park Autumn Art Festival. It is the only juried festival in the state exclusively featuring Florida artists. So, if you’re a lover of fine arts, October and the upcoming months will be especially interesting for you.

Festivals aren’t the only thing you can go to while living in Winter Park. There are museums there, most notably Charles Hosmer Morse Museum of American Art, featuring jewellery, paintings and pottery created by the late Louis Comfort Tiffany.

If you’re a soon to be student, or have kids coming to that age Winter Park might be an ideal city to move to. Rollins college, the first recognized college in the entire state of Florida, has the right amount of academic and relaxing atmosphere one needs to thrive.

There are so many more things we could say about Winter Park and all the amenities it has to offer. All in all, it can be said that this small city will never leave you bored, unsatisfied or unhappy.