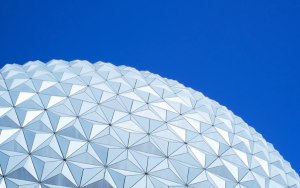 Planning on moving to Orlando, Florida? How exciting! Also known as the “Theme Park Capital of the World,” it’s here that you’ll find the ICON Orlando, Walt Disney World, Sea World, and Universal Studios. But as Florida’s largest city, there’s a lot more to this fun city than just theme parks. Here’s what you need to know about sunny Orlando before packing your bags and relocating.

The Orlando metropolitan area has a population of over 280,000 and a median age of residents of about 34. Its population is on the rise, with more and more people making it their home each year. The city is also renowned for its diversity. People from all over the world move to Orlando, making the city a culturally rich place where you can find food, music, and entertainment from a wide range of cultures worldwide.

Many of Orlando residents are employed in industries such as hospitality, food services, retail, and healthcare, and some of the most lucrative industries here consist of finance, science, and agriculture, just to name a few. Orlando is also a great place for people pursuing a legal profession.

Orlando is a college city that houses some of the most well-known colleges in Florida. The largest university here is Valencia College. More than 15,000 degrees are handed out each year by the schools in Orlando and around 60,000 students actively enroll in college early.

When moving to Orlando or any other city, one of the biggest worries relates to crime and safety. Fortunately for those considering moving here, Orlando is on the safe side compared to most of the urban areas of the nation. Cities are known to experience higher crime rates than suburban or urban areas, but you’ll be happy to know that Orlando does not stand out when it comes to violent crimes or property crimes.

Move in the Winter

Because of the theme park density, Orlando is a busy city with lots of traffic. During the summer, the humidity and hot temperatures may be a bit too much to take in if you’re not used to it. If you want to move your belongings more comfortably and avoid traffic, save yourself some sweat and move during the cooler months.

It’s Florida, so it goes without saying that you need to be aware of the fact that you’ll constantly bump into the annoying mosquitos. And no, these bugs don’t limit their activities to evening hours.

Get Used to the Toll Roads

Florida has lots of toll roads, and until you establish residency here and sign up for a SunPass, you’ll want to have change ready to pay for the tolls.

Enjoy the Nightlife and Entertainment

If you’re worried about things to do in Orlando – don’t be! You’ll have a hard time choosing between the hundreds of options available. From bars, live music, and dance clubs to theaters, bowling, and basketball games, there’s plenty to experience.

Good news for entrepreneurs. In 2019, WalletHub ranked Orlando as the no. 1 city in America to start a business based upon 19 key factors that include local labor costs, current competition in the area, average growth rate per industry, and investor access to funding.

If you feel like Orlando may be the place for you, you’d probably be right. This vibrant city has everything: culture, delicious food, buzzing nightlife, and a range of neighborhoods with their own vibes to fit your personality.