Orlando has a tech industry that is worth $13.4 billion dollars, and it employs nearly 53,000 people. These figures are just staggering. But that should hardly come as a surprise – Orlando has been building its technology sector since the 60s.

The state of the industry at the time cannot be compared to what is in place at the moment. That is due to the giant leaps in technology over the latter part of the twentieth century. The current century has only served to increase the pace of technological growth in Orlando Metro.

The region has taken all these changes in its stride. That is why today, the city boasts of one of the most vibrant technology sectors in the country. The industry has been growing continually over the years, and in all imaginable ways.

The leading sectors include information technology, security and defense, simulation, modeling, biotechnology, optics, aviation, financial services technology and many others. Such a layered technological sector has plenty of benefits to offer both locals and visitors.

For one, since the sector is worth $13.4 billion, it does plenty to boost the region’s economy. The thousands of people employed in the industry also do lots of good to Orlando’s economy. 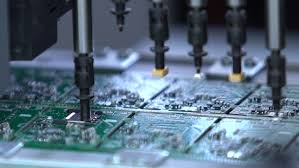 And since the infrastructure is already in place, many technological concerns have the incentive to set up shop in the area. Such companies know that they will fit right in since the area has a technological ecosystem that can accommodate their technological needs, no matter how diverse.

The future of technological development in the region is also assured. The region has universities that conduct research and development on technology. These institutions also provide plenty of skilled workers to keep the industry moving forward.

For instance, the University of Central Florida, which has more than 50,000 students, has one of the largest Tech Incubators in the country. The industry handles more than $122 million a year on research. The institution is also the third largest in the country.

What this means is that Orlando’s mega-sized technological sector has plenty of world-class skilled labor to keep it going. This is part of the reason why this important sector keeps growing from year to year.

Furthermore, since technology companies have many peers when operating out of Orlando, they will also get all the partnerships they need to meet their corporate needs. An environment this enabling certainly helps keep all the entities in the technology sector properly sustained.

The social impact of the well-established technology sector is also strongly felt within the community. That is why Orlando has earned the reputation of being one of the “most wired” communities in the region. A jaw-dropping 65% of Orlando residents have access to broadband technology.

Also, since this is sector that knows no regional boundaries, its effects are felt far beyond Orlando Metro borders. Businesses and individuals in the region can connect virtually to the rest of the world and make real-world things happen all the time. For this reason, movement of products, information, and people to and from Orlando is a lot better because of the region’s technology sector.

Therefore, Orlando’s status as a national cluster of innovation in software design, aviation, and other forms of technology seems poised to remain. The region has over 150 international companies from about 20 countries. Some of these companies include Lockheed Martin, Summit Broadband, and Harris Corp. among others.