Pick an Orlando Neighborhood Based on Your Lifestyle

Moving to the Orlando area for the first time can be intimidating. When looking for the 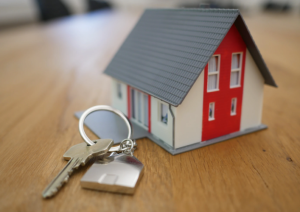 right place to live, there are seemingly endless options to consider. Some look at that as a positive, but starting the search initially can be frustrating.

The good news is that there are some solid neighborhoods and suburbs around the metro area, regardless of work location. From living near the city’s center to checking out suburbs, there are places to purchase and rent to fit any lifestyle.

Living the city life in Orlando

Orlando isn’t particularly known for its walkability, but there are some great areas to live in that are centrally located. These neighborhoods all have their walkable areas for some dining, shopping, and more, but people love the convenience factor of being in the heart of such a big metro area.

This area is just east of downtown, and is close enough to walk to any events. People love the fact that there are some older affordable homes. It is a very established neighborhood close to everything. The restaurant and shopping options are picking up, and there is easy access to major roads to get anywhere in town for work or play.

Slightly northwest of downtown is an area known as College Park. The streets in the area are all named after major colleges. It has evolved into a great location for the younger working professional crowd. Many of the houses are affordable enough for first-time shoppers. The downtown section of College Park provides a nice, walkable area for residents to get anything they need.

This planned community east of downtown provides some amazing housing solutions for all people. There are countless apartment options for those looking to rent, but also huge houses for families to invest in. Everything feels much newer in Baldwin Park compared to Thornton Park and College Park.

Not only does Baldwin Park have its own downtown area, but there are quality shopping areas close by as well. This allows people never to feel like they have to leave the area for anything.

Living the suburban life in Orlando

Orlando proper is not particularly big compared to major cities in similar metro areas. There are a lot of suburbs to choose from in Central Florida. Most will ultimately decide which suburbs work best based on job location. Below, four quality areas are provided, with their general location within the metro area.

There are a lot of great suburbs in Seminole County, located just north of Orlando. Areas like Altamonte Springs, Oviedo, Winter Springs, and more are all quality options to consider. The best of the best might just be Lake Mary though, as they offer great housing options, outstanding schools, all the shopping a person needs, and relative convenience to navigate the rest of the area.

All of the major shopping areas in Lake Mary are right off of I-4. The city has plenty of pockets of great living areas for people to choose from as well. It’s hard to find much wrong with Lake Mary for those searching on the north side.

As one of the fastest-growing areas in all of Orlando, Lake Nona is worth considering for those who might be working in the area. It’s a bit isolated from the rest of the metro area, but plenty of jobs are popping up thanks to all the new businesses opening up shop near the airport.

Families are finding Lake Nona to be a truly great option for anyone who enjoys new construction. Those who travel a lot can’t find a better place to live near the airport either.

The Windemere area has a reputation for being extremely expensive and exclusive. While certain areas cater to the rich and famous, Windermere has grown to the point that there is a bit more variety now.

People who want to be relatively close to the attractions will love the convenience factor of Windermere. It has a nice, old-school downtown area with a few shops, but most people treat this as a real suburb. A car is needed to run any errands, and traffic can get backed up on the main roads during peak tourist season. Being close enough for nightly fireworks is a positive though.

This is another area with a rich reputation, but expansion has allowed for a bit more inclusiveness. It has Park Avenue downtown, which is one of the best areas in all of Central Florida for local shopping and eating. That brings many people into the area, especially on the weekends.

The city expands to the east, offering a bit more affordability for people who want to live in Winter Park. That area has grown exponentially as well, offering a few different neighborhoods within the city for people with a smaller budget.