The Stressful Act of Relocation 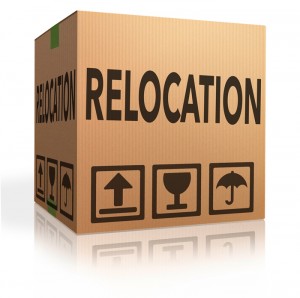 Human beings have evolved in such a way that we have left behind the need to constantly keep moving, and are looking for a place to settle down, or as some people like calling it set up a “nest”. And as a result of it, if we need to relocate to another city, state or country, we are afflicted with a level of stress that is quite exhausting. We should accept the fact that any act of Relocation is a very emotionally charged thing to do. It means that we are leaving behind a part of us, that part that called wherever we are leaving from…home.

Relocation entails a lot more than just packing up our personal belongings and going to live somewhere else. It involves saying goodbye to neighbors, to friends, and sometimes even to family. And the preparation for it isn’t just taking what we want. It’s deciding what that is, and also deciding what to sell or leave behind. It means effectively understanding that a part of our lives is  over an another is beginning, even if that part is nothing more than our living space. And all of this has a level of stress that many people are unable to handle.

There are many ways, however, of shedding away the stress that comes with Relocation. One good way to achieve this is by writing down the things that you have and where you want to put them in your new home. Also you can organize which truck carries what specific things, or simply which things will get to your new home first. Being in control of most of the aspects of the moving itself is a good way to relax, because most stress comes from the uncertainty of the moving process in general.

Another way of relieving some of that stress is by de-cluttering your boxes of belongings prior to the move. Some people have a very hard time doing this, but it will allow you to transfer the stress from the move to a more manageable stress from choosing what to keep and what to throw away. Start by separating your things into three bunches: things you need, things you don’t, but have a huge sentimental value and things you might need in the future.

The first bunch should be met with the following question: Do I REALLY need it? If the 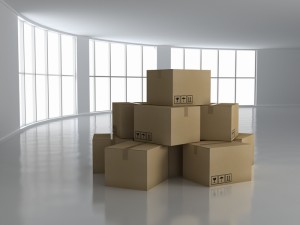 answer is yes, then keep it in that pile, if not, put it in the other bunches accordingly. Now move on to the second bunch, the things with sentimental value. Now ask: Do these things hold a sentimental value strong enough that they won’t end up in a forgotten box in my basement? If the answer is yes, then leave it there; if not, throw it out. The third bunch you can throw out too. If you do not need something now on any season, you won’t need it in the future.

There you have it! We hope you found this tips useful when looking into Relocation. Be sure to share this with friends and family and know that, even though relocation can be hard and stressful, it is a necessary thing to keep moving in our lives, because humans, like water, need movement otherwise they become stale. Goodbye!