Star Wars: Galaxy’s Edge – What to expect from the WDW’s attractions?

It’s time for Star Wars fans to meet again. The difference is this time it won’t be at the 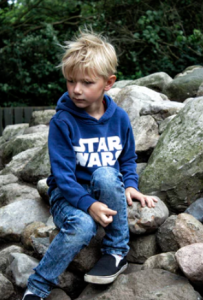 movie theater, but at the new Star Wars: Galaxy’s Edge. This year, the new park created by Orlando’s WDW is going to open a couple of impressive rides based on the universally famous soap opera: Millenium Falcon: Smugglers Run on August 29 and Star Wars: Rise of the Resistance on December 5.

Even though the themed park was already opened on May 31 at Southern California’s Disneyland Resort, the new version located in the 14-acre land of Disney’s Hollywood Studios will also feature some of the most impressive characters of the old and new trilogies, like Chewbacca, BB-8, Kylo Ren and even Loth Cat.

Millennium Falcon: Smugglers Run
If you have always dreamed of riding the Millennium Falcon, your prayers have become a reality young Padawan. This park will not only include a full-size replica of the fastest ship in the universe, but you will also be able to become the commander.

But there’s a trap! Hondo Ohnaka, the space pirate from Star Wars Rebels and Clone Wars, will give you a mission that will require you -and other six members of the crew- to hurl across the hyperspace. Now, take into account that the response of the ride will be very realistic. You may even crash and see it on the cockpit window, so be careful.

Star Wars: Rise of the Resistance
According to Disney’s goals, this will be the most immersive and largest attraction ever built on Disney Parks. This trackless ride will place you right in the middle of the First Order vs. the Resistance battle. Some images have leaked that you’ll be in the presence of trooper formations and even face AT-AT walkers.

Is there -at least- an astronaut tube-meal around here?
Even though the Earth will be present in the local food and beverage stations of the themed park, you will probably want to try other options out of this galaxy. Some of the hotspots you won’t want to miss are the Docking Bay 7 Food and Cargo, the Ronto Roasters, the Oga’s Cantina, the Kat Saka’s Kettle and the Milk Stand.

What about the souvenirs?
Well, the park is bringing the Street Market Stalls, Dok-Ondar’s Den of Antiquities, the Droid Depot, the Resistance Supply, the First Order Cargo, and for those who want to build their own personalized lightsaber, the Savi’s Workshop.