How to keep teenagers happy during your next move

Moving from one house to another can be emotionally draining for everyone, but for 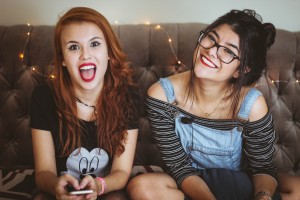 teenagers, it can be a source of stress and anxiety. Teenagers worry about making new friends, leaving their besties behind, fitting in socially and joining a new school. This is why they need to be motivated when the family plans to relocate. They need reassurance that the new house and neighborhood will be better than what they’re leaving behind. But how exactly do you keep a teenager happy, given that they’re controlled by adolescence hormones and mood swings? Here’s how to go about it:

Prepare them in advance

Teenagers have friends and best friends whom they’ll probably never see again. The least you can do is give them a notice in advance so they’ll have enough time to say their goodbyes and adjust to the change. Giving your teenagers a relocation notice shouldn’t be quick and painless; it should be slow and painful. The more time they have to say goodbye to their friends and feel sad about moving, the better. This is because they’ll be able to settle in the new house faster, thus preventing extreme culture shock. According to psychology studies, culture shock results from experiencing sudden and unexpected change. Unfortunately, failure to prepare in advance can worsen the symptoms of culture shock. However, if one has enough time to prepare for change, they can skip the culture shock and jump right into enjoying the perks of their new environment.

Engage them in planning

While the size, design and price of the new house may excite you, teenagers are interested in simple things like the theme color of their new bedroom or the activities in their new school. To keep them excited, engage them by asking them to choose what they want (if possible). For instance, you may allow them to choose which colors they want on their bedroom walls. The result of this will be an excited teenager who can’t wait to see what their bedroom looks like. If they’re not engaged in school activities, you can also involve them in house hunting and picking their new school. The ultimate decision may not rest with them, but at least, they’ll end up feeling as if they matter. They will also accept the move with ease because they’ve taken part in decision making.

A house warming party is an excellent idea, especially if you invite your children’s friends. Such an occasion will reassure them that they’re not alone in the new environment. However, if you’re relocating to a new city or country, simply throw a farewell party and invite their friends. This will give them a chance to officially say goodbye. It will also lighten the mood and keep them upbeat. Therefore, if you have some extra amount to spend, a party is what you need to keep your teenagers happy. However, if you’re not ready to spend on a party, you can always allow them to invite their friends for a final sleepover or a packing session. Having their friends help them pack and giving out keepsakes will also play the same role as a party.

Help them with packing and unpacking

We can all agree that the toughest part of moving is packing and unpacking. It can be overwhelming, especially for people who cherish their personal spaces. By helping your children with these two activities, you’ll be able to put them at ease, thus preventing the unnecessary pressure. In addition, once you move into the new house, help them set up their room first. This will encourage them to help in organizing the entire house thus making work easier for everyone.

In a nutshell, keeping a teenager happy during relocation is not that difficult, Teenagers are only concerned about simple things which affect them deeply. They only need reassurance that everything will be better than it used to be. They want to be sure that they’ll have new friends, a better school, and a cozier bedroom. All you need to do is establish what matters to them and how you can replace it or help them cope without it.