Millennials are on the move. They represent the most mobile generation in America. We 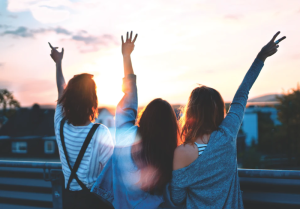 don’t mean they drive a lot and use smartphones (while that is also true); they are pulling up stakes and relocating. According to the United States Census Bureau, from 2007 to 2012, Millennials made up about 24% of the total population, but accounted for 43% of the movers.

Not only are a lot of Millennials moving, they’re moving frequently. A recent survey of 1,000 individuals conducted by Porch found that Millennials moved an average of once every two years. To put it in perspective, Gen Xers moved about once every four years, and Baby Boomers about six.

Despite a lot of Millennials moving, they aren’t buying houses as young as previous generations have, which is probably in part due to student loans and other debts. Purchasing a house also makes it harder to move, so the mobility itself is probably contributing to this. The previously mentioned Porch study also found that 73% of Millennials want to move within the next 10 years, and of these, 85% are renters compared to the 59% who own homes.

Why are Millennials moving?

The reasons are interesting to analyze. According to a survey from Mayflower, about 51% move for a new job, while 48% say they relocated for a new experience or change in lifestyle. About a a third of Millennials say they moved to be further from friends or parents, so probably either wanting a fresh start or to exit the umbrella of overinvolved parents.

About 46% have reported they moved to be close to a significant other. In some ways this is not surprising. Online dating and social media has minimized the geographical limitations on dating, and relationships beginning over long distances are more and more common. What is a little surprising is how many Millennials are willing to pull up stakes and move to a new area for a relationship.

Understandably, money is often a big factor in their decision to move, but not always because of a new job. 75% do say they would be willing to relocate for a job, but 44% say high cost of living in the area or a weak job market in general are key factors.

A lot of Millennials are attracted to the big cities. It seems to be their dream. 57% of those surveyed say they plan to move to a big city or close by suberb.

Where are Millennials moving?
States: A lot of Millennials are moving south, which is a new trend. There’s pattern a trend of migration to the west as well. According to data from the US Census Bureau, all but one of the top 10 states attracting Millennials in 2017 are in the southern or western regions of the US. The states in order of popularity are:Washington, Texas, Colorado, Arizona, North Carolina, Oregon, Georgia, Nevada, Tennessee, New Hampshire.
Cities: t used to be that New York City and San Francisco were the places to move. That’s not so true anymore. Also according to Census Bureau data, these are the top cities Millennials moved to in 2017: Dallas, Seattle, Washington DC, Portland , Norfolk, Charlotte, Colorado Springs, San Diego, Clarksville, and Henderson.

The stereotype of Millennials has been that they are a stationary generation and stay in their hometown. Trends in migration show that this is no longer accurate. Millennials are on the move.